My Yoga, Off the Mat

There are a few things in life that spark a fire in my heart and get me excited to wake up in the morning. One of them is being both a student and teacher of yoga -- connecting with something so deeply and personally, and then being able to make a career out of it. Next on the list is: the ocean, love, kisses from my dog, and delicious food that just so happens to be healthy. The final piece of the puzzle that completes my life and brings me so much joy is philanthropy and giving back to those in need. While there are many, many charities out there that tug at my heart strings, I've set an intention to focus all of my free time and resources on one organization in particular -- Corazon de Vida -- and make as big of an impact as possible. 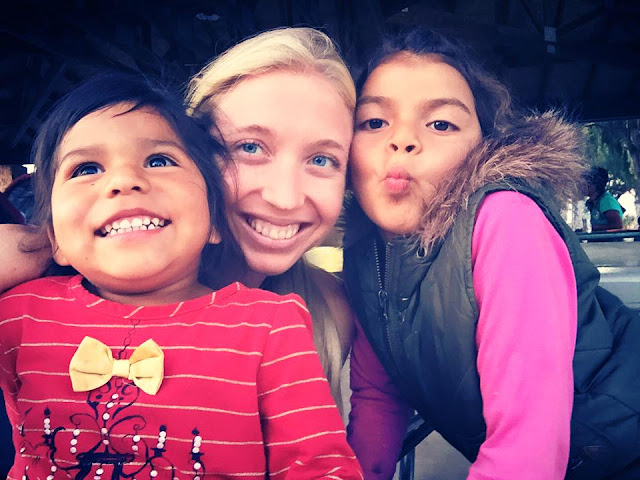 Corazon de Vida is an umbrella organization that oversees 12 orphanages in Baja Norte, Mexico. This area spans from the urban border town of Tijuana to the rural wine country region of Valle de Guadalupe, near Ensenada. I first got involved with CDV in 2007 while attending San Diego State University. My major, International Security and Conflict Resolution, required a study-abroad component, and since I grew up in Italy and finished High School in London, the typical Florence and Oxford exchange programs that everyone else was doing just didn't resonate with me. I thought . . . I live 20 minutes from an international border; if I'm going to learn something meaningful about international relations, why not do so in my own backyard? So, I contacted CDV Headquarters and they arranged a special program for me to visit their orphanages, form relationships with the staff and report back. This experience was one of the biggest highlights of my college career and brought me so much joy, perspective, and purpose amongst all the midterms and sororities parties. It solidified my desire to work in the non-profit sector, which I did for 3 years after graduation. Then, of course, life happened and I took a hiatus from my volunteer work with CDV until 2013 when a friend announced on Facebook that he was starting the San Diego Chapter of Corazon de Vida. At this point, I was now married, had an established career as a yoga teacher, and had a deep longing to be a part of something meaningful again. It was the perfect timing for me to get back involved!

Since 2013, our San Diego Chapter has been on fire! We decided to adopt Casa de Paz orphanage in Valle de Guadalupe and focus our efforts specifically on that house. With 56 children and being the furthest from San Diego, this house was pretty neglected, yet had so much potential. Casa de Paz sits on a few acres of fertile wine country soil, which sparked our interest in creating farming projects there. We partnered with Suzie's Farm and in the past two years have built a functioning greenhouse, planted tons of fruit-bearing trees, created a composting system, maintain the pigs, sheep and horse that live on site, and have many more plans in the works.

Today, I get to combine two of my greatest loves: yoga and spending time at the orphanage. I organize yoga retreats in Baja, Mexico that always include a visit to Casa de Paz. Every time I take a group of people there, they instantly fall in love with the kids and come up with ideas for how to help.

I love watching the kids grow up! Even though life gets busy, I make a point to visit at least once a month. Dedicating myself to this one orphanage has allowed me to form deeper connections with the kids and watch them evolve. On our last visit over Thanksgiving weekend, one of the girls that I really bond with, Blanca, was so excited to show me that she lost her first tooth! It's moments like this that make my life so much richer. I truly believe in the famous saying -- we make a living by what we get, we make a life by what we give.

If you are inspired to get involved with Corazon de Vida, here are a few ways to help: donate here to support the hundreds of children and staff at the 12 orphanages; share with friends on social media; and join us on an upcoming bus trip to visit the kids in person! The last trip of the year will be this Saturday, December 5th, which is the annual Holiday Trip to celebrate Christmas with the kids. 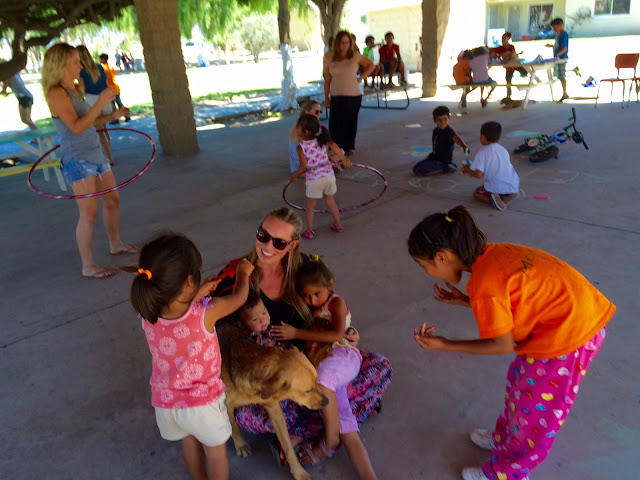 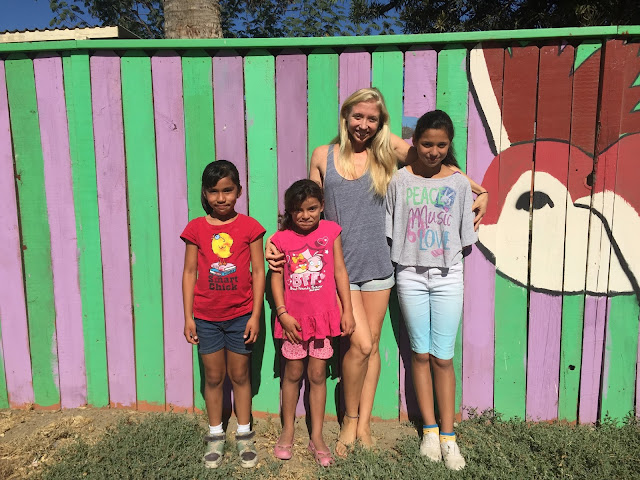 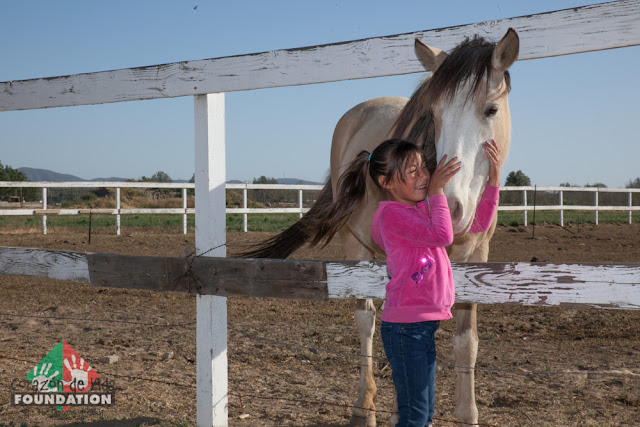 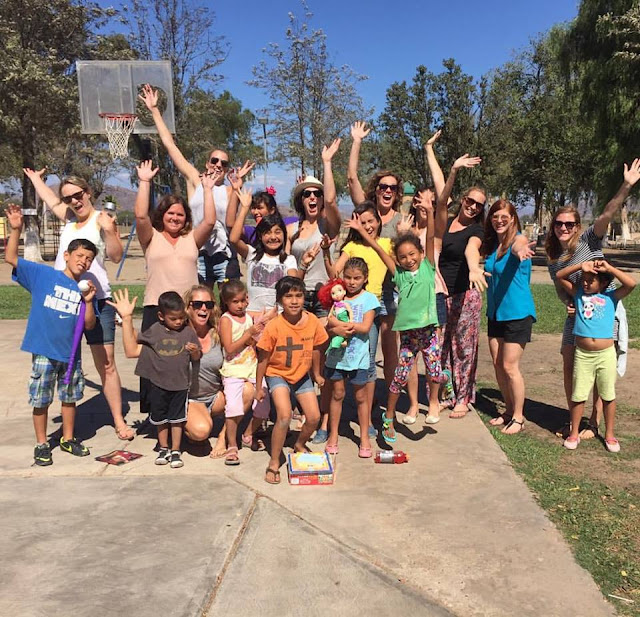 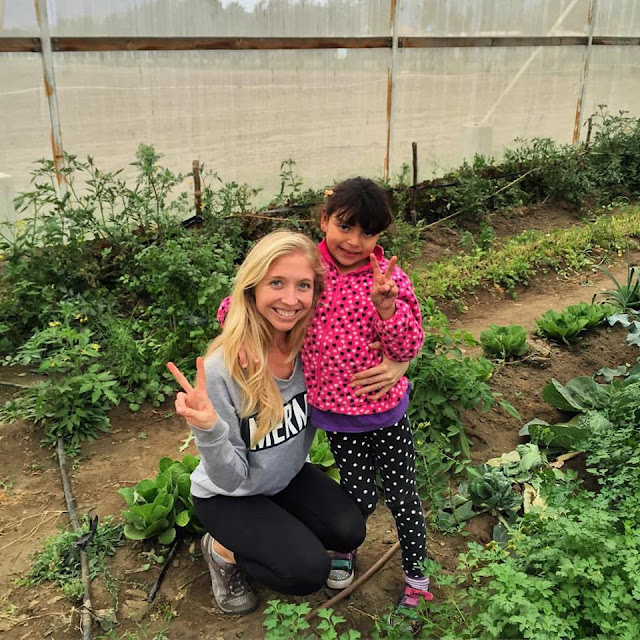 “At the end of life we will not be judged by how many diplomas we have received, how much money we have made, how many great things we have done. We will be judged by ‘I was hungry and you gave me to eat, I was naked and you clothed me, I was homeless and you took me in.’ - Mother Teresa

Email ThisBlogThis!Share to TwitterShare to FacebookShare to Pinterest
Labels: Give Back, Inspiration, Karma Yoga, Mexico 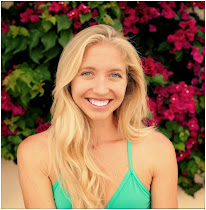 topics i write about ... 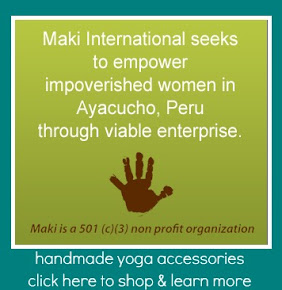